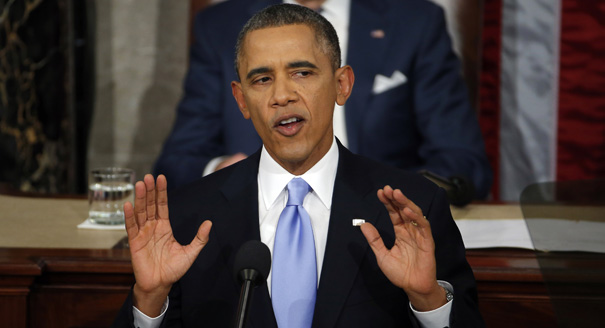 Well it is official, the Progressives, with the enthusiastic aid of Mr. Obama, have placed the American people on the single lane road towards the end of America as we have known it. Last week the Congressional Budget Office [C.B.O] issued the report that many of those economically attuned intuitively knew of Obamacare, that it would not only increase medical cost and increase the ranks of the uninsured, but also increase the ranks of the unemployed and incentivize the aversion to working and drive more citizens to become dependent on the government for a living. America will no longer be the land of the “free” but of the dependent. CNBC reported that the C.B.O “citing new estimates that the Affordable Care Act will cause a larger-than-expected reduction in working hours—eliminating the equivalent of about 2.3 million workers in 2021…the A.C.A will reduce the total number of hours worked, on net, by about 1.5 to 2 percent during the period from 2017 to 2024, almost entirely because workers will choose to supply less labor.” And to lay open the naked intellectually strained logic of the Administration, the immediate scripted response from Mr. O’s supporting cast was, as reported by Washington Post’s Dana Milbank, Gene Sperling, Obama’s top economic-policy adviser said, “When you have two parents and they’re both working full-time to provide health care and they don’t feel they’re there to do homework with their kids and this allows one of [them] to work a little less because they have health care, that’s not costing jobs,” Jason Furman, head of the Council of Economic Advisers, “said that the Act “couldn’t possibly be a job killer because 8.1 million jobs had been created since it became law…the report “is subject to misinterpretation, doesn’t take into account every factor, and there’s uncertainty and debate around it.” Congressman Van Hollen said “The Affordable Care Act does end that job lock”…“It allows Americans to choose to spend more time with their family or pursue their dreams.”Their reaction is like the fireman coming up to you, after sitting the fire to your home, telling you that since your house has burnt down you longer have to worry about cutting the grass or painting the shingles.

The government’s take over of over 5% of the nation’s economy in one such as ours that was specifically designed for it [the government] to be limited and unintrusive in the lives of the American citizen, coupled with the growing illiteracy amongst the populace regarding basic civics and the fundamental pillars upon which the nation have rested for more than 200 years, individual self-governance, an intellectually politically engaged/aware populace, and a government restrained by the first two pillars, spelled doom for the nation from the outset.

Like most Progressives of the past Mr. O claims to be looking out for the little man and the middle-class. But, in fact his policies work for the exact opposite benefit. According to the Heritage. Org. Report, Five Health Care Takeaways from C.B.O’s Report, “Spending for major health care programs will be nearly 5 percent of GDP [gross domestic product] in 2013, and such spending is projected to grow rapidly when provisions of [Obamacare] are fully implemented by mid-decade, reaching 6.2 percent of GDP in 2023.” Which means that the government will be siphoning more money out of the economy that could be used by the private sector and go into our pockets to spend as we chose. The Week.com reported in January, “according to Forbes, for a 40-year-old, the 2013 average deductible was $4,045, and the monthly cost increased 29 percent to $309…. a 64-year-old man, the monthly cost of a plan with a $3,494 deductible increased 64 percent to $806.” And it stated what should be instinctively obvious to everyone, “Consumer spending accounts for about 70 percent of the nation’s GDP, although experts say that number is likely to decline.” Why? Because simply the money that used to circulate in the economy to buy night outs, trips, groceries, cars, and such, are now going to the government, via healthcare premiums. But with fewer hours available to be worked, less people wanting to work, less people will be freely spending money. And to dispel  a grossly false popular notion, the government can not produce wealth nor grow wealth.  It can only take from one pocket to put into that of another. The American middle class Median household income is lower than it was five years ago. Only the top 5 percent of households have seen their incomes rise under President Obama, according to Real Clear Politics.com.  So look for your standard of living to diminish greatly.

Adlai E. Stevenson, the 23rd Vice President of the United States, once said, “A hungry man is not a free man.” Even the most passive observer viewing the landscape of today’s America sees that freedom is on the endangered list. You see people literally existing paycheck to paycheck, more citizens receiving Food Stamps than a check from a job, that there is approx. over 91 Million citizens not working today, and that the U.S government’s debt has sky-rocketed over $6 Trillion under Obama’s reign. As stated in the 2013 Index of Dependence on Government, “America is increasingly moving away from a nation of self-reliant individuals, where civil society flourishes, toward a nation of individuals less inclined to practicing self-reliance and personal responsibility. Government programs not only crowd out civil society, but too frequently trap individuals and families in long-term dependence, leaving them incapable of escaping their condition for generations to come.” If a man is solely concentrated on his stomach or where or how he is going to live, he is far less concerned of the chains that being placed about his ankles.

Contrary to popular appearances, it’s not all about Mr. Obama. He’s just the man who is the face of these disastrous economic policies.  He’s the man who unlike any prior man to sit in the seat of the President of the United States has no true sentimental reservation to completely reform the very psychology of a nation that used to be grounded in Christendom, a nation that used to believe inevitably in the value of hard work, and a nation that strove to be exceptional to all others. Today we are a nation more religiously secular, a more dependent-minded people than ever, and more of a feminist culture that looks to be coddled and protected, even at the expense of everything that we as Americans once held dearest – freedom.

America unlike any other nation was not wired to be socialists, communists, nor regardless of popular notions, a democracy. Government security was never meant to be the surrogate to one’s personal responsibilities. The promised Republican form of government was meant to rely on the free-minded liberties of the individual. Not of the collective. And certainly not to rely on the benevolence of the government. But, as more and more of us have chosen to surrender our responsibilities to govern ourselves accordingly, the government has taken the opportunity to relieve us of that burden.

The government is a reflection of us. We as a nation have come to this point not within a matter of days, months, but generations. We as individuals have become unwilling to take responsibilities for our bad choices, both personally and financially. So the government reflects our behavior. The passage of the Affordable Care Act [Obamacare] was passed into law by the Democratic Party majority of both houses of the Congress. The majority of the nations citizens re-elected the man who was and is the face of it to be President – Mr. Obama. And the Progressives, on both sides of the isle, have worked to keep government expanding more and more, with only a vague genuine protest from the majority of the electorate.  This is the consequence of a Democracy, where in the wake of the mis-guided actions of the majority, it is often the freedoms and liberties of the minority.  In a Democracy where the majority wishes to forsake the burden of personal responsibility, the end has been revealed to us by history; “In the end, more than freedom, they wanted security. They wanted a comfortable life, and they lost it all — security, comfort, and freedom. When the Athenians finally wanted not to give to society but for society to give to them, when the freedom they wished for most was freedom from responsibility then Athens ceased to be free and was never free again.”, said Edward Gibbon, 1700’s English historian, and author of The History of the Decline and Fall of the Roman Empire. Eventually the dues will have to be paid by us all.

O’s Rock Star Production Is Fading Under The Serious Lights of This Campaign
Obama has no need to respect law
Why is Obama the wrong man, in the wrong place, at the very worst time for America?
Loss of Moral Compass Is The Root of America’s Decline
The Conservativatism Blitz Of The 2014 Mid-Terms, But Will The Progressives Ignore Reality?
Has America Lost It’s Moral Clarity?
Again Obama Stands Above The Heads of the American People And Tells Us That It’s Raining: U.S Again Wants To Send America’s Sons and Daughters To Die For A Cause That Is Not Ours & Lies
From His Mouth, To Your Ears!
2 Comments
Oldest
Newest Most Voted
Inline Feedbacks
View all comments

This article continues to be somewhat of the truth to my advice.

10 Things We Will Not Hear Come Out of Mr. Obama’s Mouth As He Reports on... 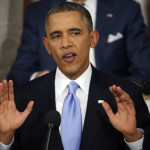