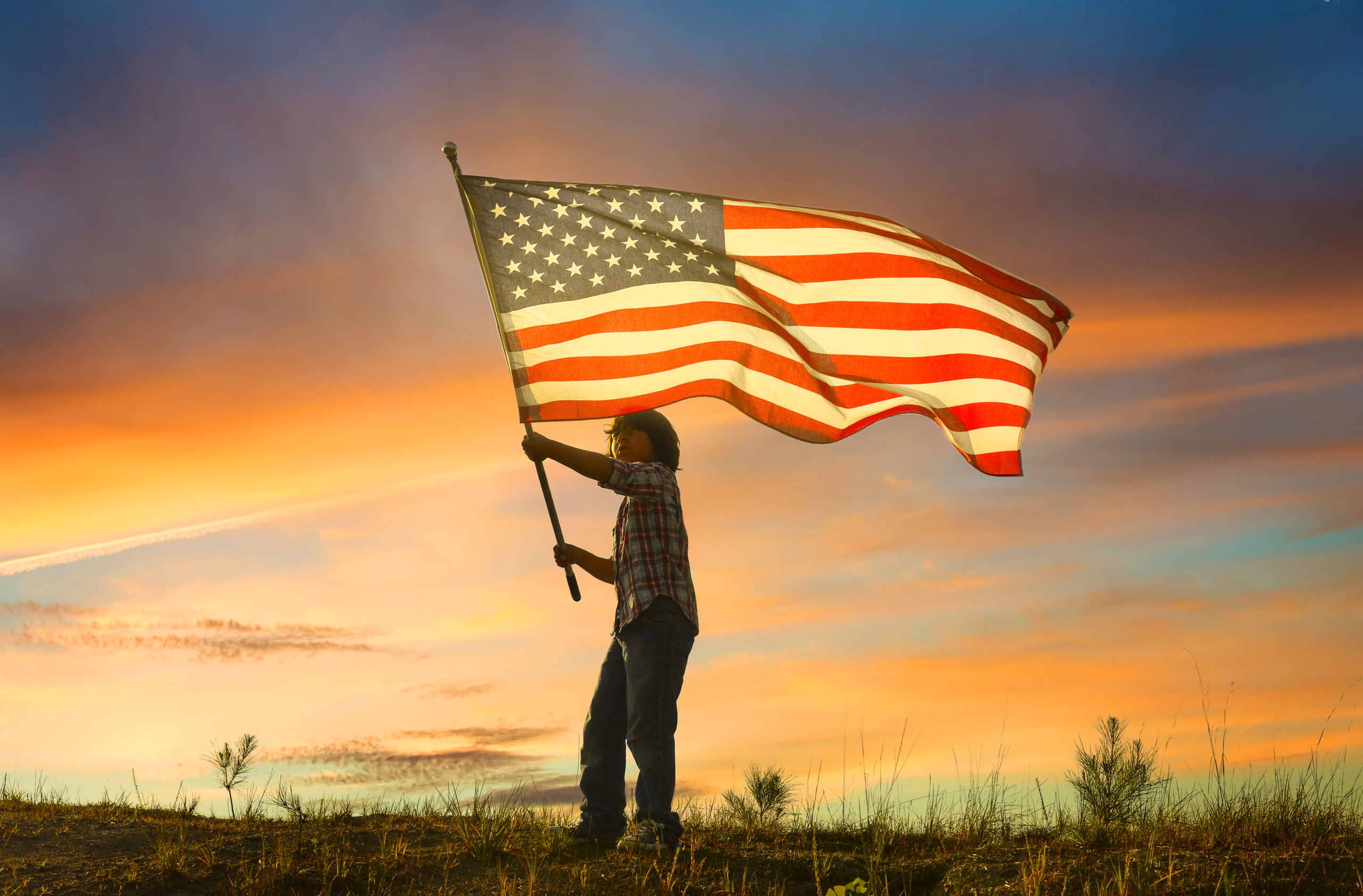 As Ben Franklin was exiting the Constitutional Convention in 1787 he is said to have replied to a question of what type of government was decided upon, a monarchy or a republic? He answered a republic, if we can keep it.  With America being in the midst of the greatest cultural revolution ever since Mao’s reign in China, many Americans believe that that question has already been answered with an emphatic No – we do not want a republic.  But, I believe the heart of America still beats.  Maybe not hard.  But, it does beat.  The defibrillators are certainly close by.  The American traditional culture has taken haymaker body blows, from the abolishment of the Bible from the public square and the government educational system, the imposition of single-payer socialist healthcare under Obamacare, and the redefining of what a marriage is and what a boy and a girl is.  And if you were to look at what appears to be victories in battles over government schools wanting to literally take the position of the parent in the lives of the child and teach them that everything is based on “race”, through Critical Race Theory, and that there are more than two genders, that being a boy and a girl, and that you can choose what gender you want to be via transgenderism.  But the blows may have been a setup for the coup de gra by combining political correctness and cancel culture with a mega can of Red Bull with ESG – Environmental, Social, and Governance.

A 2019 Forbes article defines ESG as “It refers to a company’s commitment to do more than make a profit, such as actively strive to contribute positively to the environment or social causes and to conduct themselves responsibly.”   The article goes on to further define what ESG causes are, “ESG causes can be strong environment standards, such as sustainable natural materials, water conservation and CO2 reductions. Or they can be advancing social issues, such as diversity in workforce and leadership, human rights or poverty reduction. Or they can revolve around ethical corporate governance measures, such as anti-corruption and capped executive compensation.”  My question is, what does any of these causes have to do with making America freer, more prosperous, or anything other than what makes government more powerful and more intrusive in nearly every sector of our commercial and social society?  Answer, it does not.  It is designed to turn us into a Chinese-like society in which government controls all and knows all.

ESG is nothing more than a wet dream of the Progressive Liberals in this country.  Let’s break down each “cause” of ESG.  Environment, we all know that the environmental movement has been taken over by communists and those who wish to push the West, in particular, America, back to horse and buggy days ever since the Berlin Wall fell and the USSR imploded.  But have you noticed that while America and the West are targeted to surrender all comfort of air-conditioning, gas-powered transportation, and hamburgers, countries such as Communist China, India, Russia, and Communist North Korea are building more and more coal-powered plants and seeking to drill more areas for oil with impunity? These countries have placed energy security above all else.  China and India are not just the fastest growing countries on the planet, they are free from the environmental regulations that are already in place in America.  According to a 2020 article in theGuardian.com the U.S ranked 25th out of 180 countries.  Now is number 25 the same as being number 10 or number 1 even?  No. But Russia is ranked 58th, India 168th, and Communist China came in at 120th.  But all pressure is seemingly being directed at America and the West to commit economic suicide, while nations that wish us great harm grow stronger by becoming the source of energy that soon the West will have to come bent over with cheeks spread wide to get from them the very energy resources that we voluntarily surrendered without a shot being fired.

With the message of groups like Black Lives Matters being accepted and promoted by big corporations worldwide, it should not come as any surprise that those behind the curtain wish to turn it up several more notches and see just how far they can make people surrender liberties for the sake of a promised social utopia where not a bad or offensive thought is thought, spoken, or written, when directed at a protected social class or agenda.  Just think of Critical Race Theory and gender “diversity” on steroids. And they are being applied to nearly everything that you do in life at work, at home, and everywhere in between. Look at how CRT and gender diversity policies have crippled the U.S military and made the American iconic Disney Corporation just lose billions of dollars and a reputation of wholesomeness and traditional family values that can never be repaired.

Then there comes the governance of corporations. American companies and corporations have historically had a social compact that bonded businesses to the communities and people that they served and provided goods to.  There was no government edict that forced businesses to do right by the people that were their customers.  It was, and is still, good business.

The Leftists all of the sudden want to change the whole of American society from the top down and inside out.  If you want to get a hint of what a really bad idea this all is, just take a peek at Communist China’s social credit system.  As reported by Foxnews.com, Under China’s social credit system, “citizens are ranked in different areas of civil life using data collected from court documents, government or corporate records, and in some cases, citizen observers…Citizens with higher scores have had an easier time getting bank loans, free medical checkups and discounts on heating…  Points have been deducted for traffic violations, selling faulty products or defaulting on loan payments. In some cases, people with bad social credit scores have been barred from buying airline or train tickets…Other infractions have included smoking in non-smoking zones, buying – or playing – too many video games and posting false news stories online.”  I am not saying the Left’s ESG will be exactly like China’s social credit system, but lets keep in mind American Big Tech where instrumental in designing China’s system.  ESG standards isn’t an attempt to encourage people who are good to their parents, goes to church regularly, who can recite the 10 Amendments of the US Constitution, doesn’t bear false witness against their neighbor, if you know what I mean. If you like to eat red meat, may have said something against the government at one time in your life, said something against a government agenda, or you are a gun right supporter, you may be barred from getting a loan, opening a bank account, getting a job, or anything that is in disfavor with Leftist or government agenda.  ESG is designed to induce or orchestrate certain activity and behavior in our society that is in line with it’s ideology and social worldview.  There is absolutely nothing Americana in ESG protocols.

America’s Prosperity In The Cross-hairs

ESG scoring is quietly becoming the new normal with big business.  Last January Businessinsider.com reported on how as many as 60 major corporations had begun to institute ESG standards that included, Bank of America, Mastercard, KPMG, Deloitte, PwC, and EY.  It is not surprising that all of these companies are members of the World Economic Forum.  And if you think that ESG won’t reach your doors, if you have a pension, think again.  Last December news.ballotpedia.org reported that the Biden’s Labor Department proposed a rule encouraging ESG investments in retirement plans and reversing Trump’s rule making it clear that pension funds managers needed to prioritize returns for beneficiaries and not personal political agendas.

As you would expect, the traditional domestic energy industry – oil, coal, & natural gas – is in the crosshairs of ESG proponents.  But many oil-producing States are beginning to wake up, sound the alarm, and say Oh, Hell Nah!!!  According to spglobal.com, “Eight states are considering laws that would require managers of public employee pension funds to drop fossil fuel companies from their portfolios in an effort to support the fight against climate change. Those states have a collective $644 billion under management … At the same time, five states with $445 billion in pension fund assets either have or are considering laws that would take away fund management — and the fees that go with it — from investment managers such as BlackRock Inc. and JPMorgan Chase & Co. if the fund managers screen potential investments based on their environmental records.”

Just as the Progressive Left does, it doesn’t work in the light where their moves can be viewed by the people.  They do their dirty work in the shadows and silence opposition.  Energy is the life-blood of our economic prosperity.  Communist China dominates the electric battery industry.  And none of the most polluting nations are talking anything about going “green”. Instead, they are looking to ensure their nation’s economic prosperity by developing more domestic energy such as oil, coal, nuclear, and natural gas, or controlling those resources in other countries.  Personal economic enrichment is driving this by most people.  It has nothing to do with saving the planet.  This planet will be here long after we are gone.  It is about a small group of wealthy elites controlling the masses, determining what we should and should not do and say, what we should think, and how we should live our lives.  We have American hands doing most of this dirt. We are dealing with a mindset, a belief system that finds Americanism repugnant and an obstacle to their goals of world domination.  The question is, can American’s will triumph over the lust for power towards a demonic end?  Will we stand for the ideal of republicanism?  Will we leave America freer for our posterity? Will we choose to be governed by God or Man? Evil triumphs when good people do nothing.

When The Bugles Are Silent, The Gatekeepers Have Defected, & Free Speech...