Christopher Columbus discovered America.?  Ituitively we know that this story is untrue.  There were people already in America.  But, when given this question on a school test or when we hear this repeated redundantly in the Media and society many of us suppress that what we know to be true just for the sake of conformity. To get along. To not go against popular belief.  Remember, it was said, if you tell a lie enough times, eventually it will become the truth.  So is the same when it comes to black American History.

How can it be true that the black man could have only arrived in America as an unlearned slave when his presence is depicted throughout the Americas, as well as the world, long predating the 1700’s?  How can it be that Blacks in America have held prominent positions throughout American history prior to Emancipation, and most Americans know him as a slave or impoverished second class citizen?

It Is And Has Always Been About Our Cultural and Social Issues America. 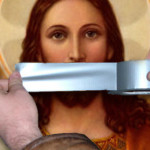