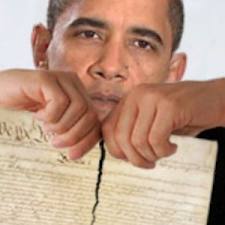 Late former President Ronald Reagan prophetically said that, ‘Freedom is never more than one generation away from extinction. We didn’t pass it to our children in the bloodstream. It must be fought for, protected, and handed on for them to do the same.” My only fear is that we may have already reached that point, if not passed it.  We have created too many orphans to the very concept of freedom – of Americanism.

Ever since the Supreme Court’s mis-application of Jefferson’s “separation of church and state” reference the federal government, particularly those of the liberal/progressive political persuasion, have been hell-bent on abolishing any presence of Christianity and God from public view to the point that many Americans view themselves as not only being not Christian, but of no particular religious foundation at all.  The popular acceptance of secular religions and intuitively counter Christian philosophies to include even that of Islam is running rampant throughout our society, aided by the federal government, at the expense of our nation’s traditional religious beliefs and philosophies.

The explosion of single-parent households coupled with the politically redefining of marriage to include pairings of same-sexed persons have rattled the once solid foundation of the nuclear family, that of one man and one woman, to it’s core.  And has disturbed and confused the building and structuring pillars that once raised a child to adulthood to clearly know and understand right from wrong actions, and to have a clear sense of the hierarchical nature of a civil society, rather than a society of few absolutes, less defined roles of behavior, absent defined boundaries, and a gross detached sense of personal responsibility with little or no fear of consequences. The self-evident negative consequences that actions such as having a child as a single parent and raising as child in a homosexual household is having on our society has been a generation or more children growing up without true guidance or structure from home as in past generations, grossly deficient in critical social skills, and eternally lacking moral and ethical integrity amongst not only our youth, but our society as a whole.

And as for the results of a grossly politically and civically detached American populous, it can not be described as anything but tragic!  A September 2011 USA Today article reported on some findings from an Annenberg Public Policy Center survey that should make anyone who loves this great nation serious concern:

As former Justice Sandra O’Connor said, “If we don’t know what makes this country special and worth saving, how will we know how to safeguard its promise of freedom and opportunity.”

It is my belief that when someone speaks of changing a person or a nation fundamentally they can only be talking of changing him or it from its core. Changing his or it’s belief structure. Changing his or its culture. And changing his or its self perception.  Tearing him or it down in order rebuild it in an different manner.  America from its inception has always been stubbornly masculine in personality, a independent-minded cultured nation, and grounded in and guided by Judeo-Christian principles.  But more importantly, a politically engaged and educated people were always to be the most critical component for the nation’s survival as a free nation.  Remember what Ben Franklin said after the first Constitutional Convention, we have a republic, IF WE CAN KEEP IT.  But with the slow incremental introduction of collectivism, more and more personal responsibility being transferred to the government, and just the abandonment of the fundamental principles and beliefs that has made this nation the envy of the world for over 200 years, we find ourselves now with the federal government in control of nearly 10% of the nation’s economy and able to micro-manage the lives of nearly every U. S and American citizen with the enactment of the Affordable Care Act, i.e., Obamacare, and more Americans dependent on the U.S government for their very survival. Coupled with a frightful number of Americans lacking any knowledge or understanding of this nation’s founding principles, heritage, or the reason that makes this nation truly exceptional holds even more worrisome prospect for the nation’s future as one of a free-minded people.  A CNN July 4th, 2013 article reported that, “A shocking 85% of Americans cannot correctly describe the “rule of law,” as bedrock a principle as we have. A similar percentage cannot identify the Constitution as the “supreme law of the land.” How can one defend something that they know nothing about or falsely indentify?

History tells us that you can not have freedom absent a high degree of morality and personal responsibility. And whether one chooses to admit it, the Christian Bible has been the cornerstone of America’s miraculous success.  If one were to place Biblical principles next to the Constitution one would clearly recognize the connection between the two.  The question I have to ask, if our Christian principles and fundamental values are to be removed from our society, what would we have to replace it with that would benefit us as much? What other’s nation’s successful principles would we adapt?

The importance of Christendom to our nation’s existence can not be questioned, but by one unlearned in our history. Congress in 1854 rejected a petition to separate Christian principles from government. Congress resolved, “Had the people during the Revolution, had a suspicion of any attempt to war against Christianity, that Revolution would have been strangled in its cradle.” It is the next generation of American’s  relationship to freedom and morality and the nation’s traditional Biblical principles and history that has served this nation well that is of extreme concern.  Without the bounds of principles that has guided their forefathers and this nation to the prosperity that they have become too accustomed the future does appear to be problematic if this nation is to remain in any resemblance to what we were given.

The next time that you see one of those segments on TV where random citizens are asked the most basic of questions such as, What year was the nation’s Declaration of Independence was signed? and they express their blatant ignorance, or when you witness youths express no interest in American traditional religious values or history, or when you see a woman who has 10 plus children, with no financial means, and no job skills, unremorsefully speaks of how others, i.e., you and I, the government, should help pay for her and her children needs, to the degree that it makes you cringe intensely, just remember what G.W, [George Washington] said in 1796,“Of all the dispositions and habits which lead to political prosperity, religion and morality are indispensable supports. . . . And let us with caution indulge the supposition that morality can be maintained without religion. Whatever may be conceded to the influence of refined education on minds of peculiar structure, reason and experience both forbid us to expect that national morality can prevail in exclusion of religious principle”.

And as Mr. Reagan prophetically said, “If we lose freedom here, there is no place to escape to. This is the last stand on earth” The choice is ours.