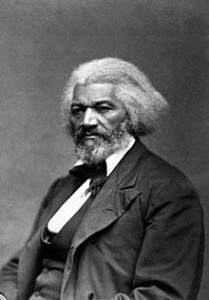 The other day I was having a conversation with a friend when the topic of “African-American”, i.e., black-American history came up. And all the famous Blacks that she could regurgitate were Martin Luther King and Rosa Parks. Really.?  As though all through out black-American history only these two have done anything of significance, with all due respect. Or that the history of great blacks in America started in 1950 and ended in the 1970’s. It is not her fault. For me this has been a point of great irritation for years.

REAL history tells us that Blacks have made an indelible mark on the prosperity, richness, and greatness of this nation, during the Revolutionary War, during Reconstruction, and to the present. And most certainly black-Americans, and blacks in general, have been doing great and extraordinary things long before the 1950’s. But one would not be aware of this if they depended on Hollywood or the government controlled educational system to tell him.

REAL history reveals that many blacks have held seats in the Congress, as well as throughout the several 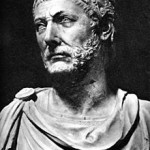 states, and have been nominated for the Supreme Court as early as the 1800’s, long before Thurgood Marshall. Blacks have invented things that have made the nation, and the world, a much better place. Blacks in America have certainly made their mark on this nation’s politics and societal culture, and the world.  It is indeed a severe egregious insult to so narrowly define black-American history, or blacks in general, to just the Civil Rights Era of the 1950’s and 60’s.

Here are just a sample of the erased history of American blacks that may leave little wonder why young blacks lack self-pride, or the lack of respect from society in general for the invaluable contributions of blacks in America:

I could go on for pages and pages.  It is not that the history of black accomplishments are unknown.  They are just untold in most schools in America today, unless it’s surrounding the 1950 and 1960’s Civil Rights Era.  The obvious question is WHY!  Just imagine the positive results of what a portion of this information could do to the depressed psyche of the average black-American youth in this nation.  Imagine how much more united we as a nation would be regarding so-called race if we just knew more of the true history of  our races in America.  Imagine Americans having an open discussion on race that is based on facts and truth, and not hyped emotions that are based on false narrations, or just a thumbtack definition of black-American History.

Maybe there are more informed people who have an invested interested, on both sides of the political and racial divide, to keep us ignorant of such history that could unite us, rather than espousing the contorted and deceptive history that only divides us.