Proverbs 22:6 says prophetically, “Train up a child in the way he should go, Even when he is old he will not depart from it.” It is often said that the children are our future and that the youths of America today will be the flag bearers of tomorrow. But as I look around at many of America’s youth I fear for the America of tomorrow. Its not so much their fault, but due to what they are being taught, or better yet what they are not being taught about this great nation – particularly in the federal government’s, i.e., public, school system. What impressions are they developing from their experiences via the government school training, I mean education system? From when they are placed in the care of government schooling, from pre-k to high school, and beyond, what picture are they developing of Americanism?

It’s not a day that seemingly goes past without a news report of some bizarre instance or occurrence dealing with a child in a government school institution that has nothing to do with the teachings of the 3-Rs, self governance, how to think critically and independently, their relationship with government, or American history and the Founding principles. But, there are stories such as, a 2nd grader being suspended for having a toaster pastry shaped like a gun, colleges having sex week, kids being suspended for shouting U-S-A at a basketball game, a kid being suspended for fighting back against a bully, and kids no longer being giving grades of A-F or not being allowed to have achievement awards for fear of offending those non-achievers. All of these policies, no matter the guise from which they operate or are called, whether they’re called political correctness, zero tolerance, or protect the child from the boogie man, they trains and conditions the young minds to be everything that Americanism was never to be.

Such seemingly benign policies teaches young fertile  minds that guns are bad, i.e., to be anti- 2nd Amendment; that they should look for government to teach them about sex or related issues, such as homo-sexuality and teen pregnancy, not their parents; that it’s not acceptable to be overtly proud of America or being American; that they shouldn’t look first to defend themselves, but the government; that collectivism, and the individual’s sacrifice for the good of the group is expected.; and to thrive for excellence is not to be rewarded, unless you are a athlete or entertainer of course.

These are just a minuet sampling of the subliminal mind-numbing anti-Americanism  conditioning that is quietly  flowing through the government school system mostly unabated, and thus into our society. I think that a good argument can be made that today’s average youngster knows more about sex, homo-sexual relationships, the threat posed by individuals owning guns, how good government is, the “facts” of “global warming”, and how evil wealthy people are, then what the First 10 Amendments to the Constitution are or their purpose, what’s the difference between a republic and a democracy, how to locate the United States of America on a map, or whats the difference between a profit loss and a profit margin. The average young American not having any conceptual understanding on what makes America exceptional or our basic history is so common-place that it’s a perpetual joke on late nite shows, even some cable news programs.

What today’s average American youngster’s exhibits as grotesques ignorance of the most basic of principles, history, and understanding of the nation is a most severe indictment of the federal government’s operation and governance of  America’s education system. Which should make it clear why the Founders never intended for the federal government to be in charge of the education of the American people.

The systematic and incremental dumbing down of the American society is not a Democratic or Republican issue. But it is the product of progressive liberalism unchecked by the silent majority of the conservative counter view.

Many prolific people knew far too well the great importance of education in the molding of a society and its relation to freedom; the father of Marxism, Karl Marx said, “The education of all children, from the moment that they can get along without a mother’s care, shall be in state institutions at state expense.”; John Adams said, “Children should be educated and instructed in the principles of freedom.”; and Ronald Reagan said, “Freedom is never more than one generation away from extinction. We didn’t pass it to our children in the bloodstream. It must be fought for, protected, and handed on for them to do the same.”

In today’s contorted presentment of constructive thought, the question is often asked, what makes America so great and exceptional? To me the answer is more to what is it that makes America not great and exceptional. It’s not so much based on what we have become due to the dumbing down of our intellectual currency, but what our nation’s founding principles are still as they lay dormant waiting for their resurrection by the people who were entrusted with their covenant. Americanism is based on individualism, self-governance, civic literacy, and above all the recognition of Creator-endowed rights. But as the saying goes, the greatest danger of not knowing something is not knowing that you don’t know it.

The woeful ignorance is not necessarily the fault of today’s young people, but the institutions of the so-called educational system that supposed to teach, not indoctrinate, a culture that rewards the ignorant and non-achievers while punishing and belittling the intellectual pursuers and achievers, and a cultural reformation that seeks to replace Americanism and traditional values with collectivism and secularism. The trivial has become relevant, lies have become truths, and the immoral has become moral. The question is, will the American people recognize that we have a critical problem soon enough to save any resemblance or remembrance of what America once stood for? And can we as Americans retrain and recondition ourselves to once again cherish what is exceptional about this once great Republic to hand it down to our posterity? It is after all up to us. 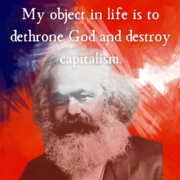 Is America Prepared to Fight Radical Islamist Chained by Political Correctness and the U.S Administration’s Extreme Aversion to Denounce It?

Remember the Twenties Mr. Obama. Yes We Can Cut Our Way To Prosperity!The Sexual-Orientation & Illegal-Immigration Movement Are the Greatest...
Scroll to top