Here we go again. We are purposely being distracted from real issues that can actually bring this nation out of the worst economic downturn since the ’29 Depression to expend energies on an issue that wasn’t on anyone’s map before the Media and the Administration put it there. Kinda like the healthcare “crisis” that made it crucial for the government to ram Obama-care down our throats; or the financial “crisis” that made it crucial that the government pass the Dodd-Frank financial over haul with scant public exposure.

Now Mexico being located to the south of us and like-gender individual’s relationships have now been thrust up the sleeping American people for yet another “crisis” that the United States government has to solve. But unlike Obama-care and Dodd-Frank that will have negative economic reverberations for generations to come, the issues regarding the illegal-immigration, of Mexicans in particularly, and same-sex marriage is a seismic social earthquake of mega-tone proportions that will forever change the nation’s moral landscape.

The government directly creating a crisis and or creating the environment for a crisis for it to inevitably offer the solution to move the American people into a direction that benefits its longing for power and control is nothing new. A very good argument can be made that the move of many Black Americans from free man to slave was for the political benefit of the government, specifically the Democrat Party, in concert with big business and the Church. The solution of the government was then to prescribe a new political status and classification, Civil Rights and the U.S Citizen. And we all know how unified we are due to that. Don’t we?

Maybe its only fitting that we as a nation find ourselves again struggling with the government attempting to provide another solution dealing with governmental status and classification, whether someone is to be identified as being legally illegible to receive government privileges and how much the government can benefit from such illegibility. Don’t fool yourself folks the government increasing its tax base and expanding its power and control over its Citizens is what this is really all about. .

Several liberal Media pundits have already spilled the beans about how the government would financially benefit by reclassifying marriage to include same-sex persons. What many of us may not be aware of is the fact that gays and lesbians generally earn more money than Hetero-Sexuals. Also, it has been reported that reforming the immigration system would actually cost the Social Security Administration Billions due to the fact as things stand now though millions of illegal-immigrants pay into Social Security, the Administration doesn’t have to pay out to them. Wonder why we don’t see millions of illegal-immigrants demanding to be U.S Citizens or millions of gays and lesbians demanding to be regulated by the government like their hetero-sexual counterparts marching across the nation? Its simply because this is a government initiated cause. And when the people most of the several states have voted they have fervently voted against illegal-immigration and the redefining of marriage to include same-sex persons.

There are two facts that are indisputable regarding these two issues legally according to the government’s own law, and they are in Black’s Law Dictionary 2ndEd. marriage is defined, “as distinguished from the agreement to marry and from the act of becoming married, Is the civil status of one man and one woman united in law for life, for the discharge to each other and the community of the duties legally incumbent on those whose associationis founded on the distinction of sex.” And according to theFederal Immigration and Nationality Act Section 8 USC 1324(a)(1)(A)(iv)(b)(iii), “Any person who . . . encourages or induces an alien to . . . reside . . . knowing or in reckless disregard of the fact that such . . . residence is . . . in violation of law, shall be punished as provided . . . for each alien in respect to whom such a violation occurs . .. fined under title 18 . . . imprisoned not more than 5 years, or both.” If these are laws and precedents that have lasted for as long as this nation has been in existence, and now all of the sudden the government itself is seeking to subjugate them, rather than have an open and honest discussion about them with us the people to possibly have the laws changed or amended, one has to ask, what is really going on? The government chooses to engage in dishonest, divisive, and manipulative propaganda.The government chooses to not reduce the red tape, onerous regulations, and massive bureaucracy that causes the horrific backlog that keeps so many wanting and qualified immigrants from LEGALLY coming to and staying in America, and not to rightly enforce its current immigration laws. And it chooses to not simply leave marriage defined as what it has always been in this country and dating as far back as Ancient Rome – a union between a man and a woman to promote procreation and a stable society – and create another political status, Civil Union, with its own governance and qualifications. It chooses to seek to have intellectually vacant arguments and attempts to redefine terms and words such as, what is is. What is a man? What is legal? And what is marriage? Despite the government’s propaganda, this issue is not about “equality”, but political status and classification for both the financial and political benefit of the government. As Supreme Court Justice Clarence Thomas truthfully stated, “Government cannot make us equal; it can only recognize, respect, and protect us as equal before the law.”

It is interesting that the one political party that has been the instigator in America’s most divisive social movements has been the Democratic Party. And like in the past, a combination of politics, big business, and the church, are instigative parties in these movements.  I’m not saying. I’m just saying.

The great hazard of frivolously and loosely choosing to redefining words and customs that have stood for generations and centuries with little regard of the consequences to the society as a whole is to question is anything sacred? Are there any longer any absolutes? Can we any longer definitively claim what is acceptable and not acceptable? How do we stand up and say no if no is no longer clearly definable? How can we then say this is right and this is wrong or that this is good and this bad? And is is is?

Alexis de Tocqueville once prophetically stated, “America is great because America is good. If America ever ceases to be good it will cease to be great.” This is what this battle is about. America’s moral soul. And how our next generations will view issues of morality. In truth, there is little light between what effects social issues and what effects economic issues. They are both of the same stick. It is only our fundamentally sound moral compass that keeps us from one day awakening to a nation engulfed in flames. It is ultimately up to us to chose.

Does So Many Women Head Of Household Signal Final End To America’s Masculine Identity? 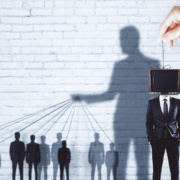 Can Anarchy Be Far In America When The U.S Government Blatantly Disregards The Rule of Law With Impunity?

2014: The Year The Truth Became Collateral Damage In The Degradation of America

The Progressive Liberal Assault on America’s Youth: Will The Next Generation...Is there another Iron Lady,or Ron Reagan, for America?
Scroll to top