5 Questions The U.S National News Media Won’t Ask. WHY NOT?! 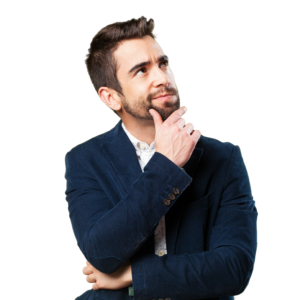 As America passes through arguably the most challenging times socially & economically since the Civil War, Americans are thirsting for information that they can trust and believe in to make appropriate decisions in how to chart these unprecedented and uncertain waters.  Many of us look to the national Media for answers.  But unfortunately, we only find a National Media that has chosen to give the American people mainly what the Democrat Party wants them to give us.  Something tells me that this is far from what the Founders intended when they made the News Industry. i.e., the Press, the only industry specifically mentioned and protected in the First Amendments to the Constitution.

The National News Media has always slanted to the Progressive Left.  You just have to look at how highly taughted and famed NY Times reporter Walter Duranty and his deliberate lying to the American people in the 1930’s regarding Soviet leader Stalin’s slaughter of approx. 6 million Ukrainians.  He actually won the Pulitzer Prize for his false reporting.  But these days, arguably since the election of Barack Obama, all pretense of the Media being objective and unbiased reporters has been removed to the point it cares not to even try to hide its bias.  They have literally become the propaganda arm for the Democratic Party today unabashedly.

I know that I cannot be the only one who watches the reporting by the National News Media Complex and wonder if even they truly believe in the words that are coming out their mouths.  Their open hypocrisy in how they report, what they report, and who they report on is a work of art to witness.  During the 4 plus years of the Republican Trump Administration, he literally couldn’t do anything right or good.  His name was mud to the Media even before he was elected. The slightest thing that he or anyone associated with him that seemed the slightest bit inappropriate the Media was on it like hyenas on a fresh kill. Contrast the Media’s attitude to the highly questionable actions of the Democrat President Joe  Biden and his Administration, they seem to have totally lost their sense of smell.

Here are just five of the top questions that the National U.S News Media simply have no interest or desire in honestly asking or informing the American people of:

My grandma used to say, there is something in the milk that ain’t clean.  When the federal government starts to blatantly subvert and or ignore their own laws with impunity we should be asking WHY?  Is it receiving orders from a higher power than those of which they have sworn to protect as in, We the People of the United States, in Order to form a more perfect Union, establish Justice, insure domestic Tranquility, provide for the common defence, promote the general Welfare, and secure the Blessings of Liberty to ourselves and our Posterity, do ordain and establish this Constitution for the United States of America?  When seemingly nearly every country on the planet, particularly in the West, appear to be acting in unison to force their citizens, from the youngest to the oldest, to have injected into their bodies a fatally flawed experimental drug, we should wonder who are the players that are financially benefiting from the unprecedented attempt have the whole world “vaccinated”.  Follow the money. Don’t drink the milk.

Covid Vaccine Tyrants Have Their Scopes Locked Onto America’s Childre... 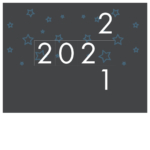