The importance of the control of the children in a society has never been overlooked by tyrants and the powerful.  The father of Communism, Vladimir Lenin stated once, “Give me four years to teach the children and the seed I have sown will never be uprooted.”  In the Christian Bible, Proverbs 22:6, it says, “Train up a child in the way he should go; even when he is old he will not depart from it.”  So, it should not come as any surprise if one were to review the actions of the government, particularly the political Left, in this country and our enemies over the past 60 plus years.  There has been a silent war declared on the traditional American culture and society with a specific target on the children.  There has been a relentless covert attempt to replace the mother and father from the position of primary influencers and authority in the lives of the child and replace that space with the government.

For me, this goes back to the universal-shaking Supreme Court rulings of 1962 and ’64, in Engel v. Vitale and Abington School District v. Schempp, respectively, where the reading of the Bible and praying in government schools was prohibited. America has been on a social and cultural slide into the abyss ever since those two Court decisions.  Ever since then even the most passive observer can see how the government has been incrementally attempting to reduce the power and influence of the parent by lengthening the time that the child is removed from parental tutelage starting at the ages of 2-5 years old, in child’s most developmental period of age; the removal of the male, the traditional disciplinarian figure in the family, from the home should the female receive government financial assistance; promoting the so-called liberation of the woman to make it socially acceptable for the woman to not be the traditional homemaker and family builder and take on a more masculine persona and identity; to now the government sees that it is time to deliver the coup de gras and let it be known to all that America’s children belongs not to the parent or parents, but to it under the guise of protecting the children from the dreaded Covid-19 virus.  Remind you, this virus, according to the CDC, has killed a total of approx. 700 children between the ages of 0-18.  Period!

Many distracted American parents may be totally oblivious of the government’s ever so slight moves to replace them in the lives of their children, particularly while they’re in the governmental educational indoctrination system – having the child report on some of the most private matters that go on in their homes, allowing daughters to get abortions and sex contraceptives without the parent(s) permission or knowledge, and having young children attend transgender story-telling and other events without parent(s) consent or knowledge.  The Spirit of the Age, secularism and societal absolutism have replaced traditional Christian tenets and customs. So now the federal government’s Food & Drug Administration has authorized the use of a drug that has been in existence less than 12 months and is operating under a 2-yr Emergency Use Authorization for America’s children as young as 5.  FIVE YEARS OLD YA’LL! Even though it is known that, according to a report in theguardian.com, “Nearly 70% of five- to 11-year-olds hospitalized for Covid-19 in the US have other serious medical conditions, including asthma and obesity, according to federal tracking.”  You may want to read that again slooowly.  The American parent’s mostly silent acquiescence to the government’s dictatorial authority allowing their children ages 12-17 years old to be experimented on has given the government reason to push their bounds even more.  And here’s the dirty little nugget that they don’t want you to know, according to the Vaccine Adverse Events Reporting System [VAERS], there have been over 600,000 reported negative reactions to the vaccines – approx. 8,000 deaths, over 78,000 hospital visits, and over 9,000 relations leading to permenate disability.  Where does VAERS get this information?  From the FDA and CDC.  Hey, but there’s absolutely nothing to worry about here, right?

Never before in recent medical history has so much time and energy been spent on targeting a segment of a population that is not the direct target of a virus. Medical and professional careers are being threatened if they dare to even think about questioning the position of the State.  Innocent American lives are been lost for being denied alternative treatments, that have a record of being successful, to that which is being pushed by the State.  The stats regarding those most affected by this virus has not changed since the spring of ’20 – it is still those mainly 60 years of age and older, and those with underlined health issues.  On top of that fact, in January of this year the Freebeacon reported that a study by the Universities of Duke and North Carolina-Chapel Hill found, “that among 11 school districts with nearly 100,000 staff and students, there were no instances of children passing the coronavirus to adults during in-person instruction. Researchers found just 32 cases of either kid-to-kid or adult-to-adult coronavirus transmission over nine weeks.”  And as recent as this past September, Epochtimes.com reported, “A Nature study estimating the COVID-19 infection fatality rate (IFR), or the proportion of those who die from infection, found an IFR of just 0.001 percent in children aged 5 to 9, as well as an IFR well below 0.01 percent in all those aged 19 and younger.”and “The American Academy of Pediatrics (AAP), which has advocated for masking children aged 2 and older, found that only 460 children had died of COVID-19 between late May 2020 and Sept. 9, 2021, across 45 states, New York City, Guam, and Puerto Rico—0.08 percent of the total number of deaths they counted, regardless of age.”Are we to believe that the most powerful government on the planet is totally unaware of these facts?

I have never been one to say that this coronavirus doesn’t kill people. It is very serious to some people. It is the unprecedented response of the government that is the issue.  It is going on nearly 24 months of American children having their world turn upside down – having to be removed from their schools, their friends, closed up in the home or room, their sense of normalcy totally shattered – without any understandable explanation. The right of their parent’s sole authority and right to govern them have been corrupted and co-opted by force. I see the youngest children with masks covering their noses and mouths while outside just for the sense of ‘just because’.  They have no idea of the harmful ramifications of restricting oxygen from their brains and bodies – and apparently neither do their parents.  One thing that is clear is that this crisis has far less to do with public health safety than further expansion of the power of the government and control over its citizens – particularly over the next generation of Americans. And this Administration doesn’t seem too anxious to surrender its role in severing America’s next generation from its traditional America – where the power of government is finite and the rights of the people are infinite, any time soon.  It will be up to the American people to say ‘STOP!’.  It will be up to the parent(s) of America to reclaim the rightful authority over their children.  The Spirit of the Age must be publicly denounced and repudiated without remorse nor grace.  And more importantly, we, the American people, must reeducate ourselves with what is the true Constitutional role and limitations of our government.  Founder Thomas Jefferson prophetically stated, “If a nation expects to be ignorant and free it expects what never was and never will be.” It is up to us. 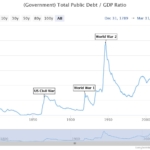 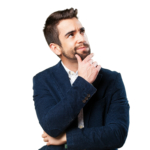 5 Questions The U.S National News Media Won’t Ask. WHY NOT?!
Scroll to top