Founder Ben Franklin prophetically said, “… as all history informs us, there has been in every State & Kingdom a constant kind of warfare between the governing & governed: the one striving to obtain more for its support, and the other to pay less. And this has alone occasioned great convulsions, actual civil wars, ending either in dethroning of the Princes, or enslaving of the people. Generally indeed the ruling power carries its point, the revenues of princes constantly increasing, and we see that they are never satisfied, but always in want of more. The more the people are discontented with the oppression of taxes; the greater need the prince has of money to distribute among his partisans and pay the troops that are to suppress all resistance, and enable him to plunder at pleasure. There is scarce a king in a hundred who would not, if he could, follow the example of Pharaoh, get first all the peoples money, then all their lands, and then make them and their children servants for ever …”  You can substitute references to the kings and princes with that of legislators, president, or government, and you will see where I believe that this nation is today.

As we approach the mid-term 2018 elections where many U.S citizens and Citizens of the States will be exercising their franshised right to vote on who shall they trust best to uphold their Constitutionally protected rights at the city, State and federal levels.  The unfortunate thing is that many of them will be voting on everything other than someone who ensures that their rights are protected, but how much of the government’s benefits and treasure they can get for their personal benefit.

The nation seemingly has reached a time that many of us care little of the true political positions or ideology of the candidates and what would the effects of the policies base on his or her ideology will have on our lives.  It seemingly is less about the true substance of the character of those seeking political office today. It does seem to have everything to do with perception and presentation of the candidates, what color, sexual orientation, or gender of the candidate, or whether there is historical value to whether one of the candidates are elected.  Even more importantly, a large factor for the selection of too many voters is how the Establishment Media presents a particular candidate.

After surviving 8 years of a presidency of the most socialist/communist-minded U.S presidents this nation has had since arguably Woodrow Wilson, and someone who was rendered free from any harsh criticism by the Media, was able to create a media persona constructed and aided by the Establishment Media Complex of a moderate liberal democrat politician.  It didn’t matter what he said or that his actual actions were straight out of Karl Marx’s philosophical library, the Media told us, the people, what it wanted us to hear him say and do to leave us unalarmed and unaware.  And with a largely pacified Republican supposed opposition Party fearing negative political blowback and labeled as “racist” for opposing any of Obama’s policies or views of how he prescribed to “fundamentally transform this nation” there was virtually no appropriate opposition to him. Even today barely a whisper of true criticism is levied against the drastically harmful social and economic policies that were enacted under Obama’s reign and the residual hangover that will be felt by our nation’s posterity for years to come.

Here we find ourselves at a point, due to the massive influence that the Media Complex has on the general populous, both news and entertainment, coupled with the fact that so many of us do not take the time to do our own research regarding substantive issues or exhibit some basic curiosity of the candidates beyond their superficial persona is literally sending this once great nation down the road paved by so many former empires, such as Rome, where it’s citizens chose to relinquish the security of their personal freedoms and liberties, and that of their posterity, to the government.

We find ourselves staring into the abyss of government paternalism, coined by Barry Goldwater, as like in no other time.  The choice of American capitalism and sovereign individualism and independence versus socialism and collectivism is on stage, but few of us knows the identity of the characters of who’s playing which.  Unlike when I was growing up in the ‘60’s socialism, communism, and capitalism were taught and defined in the schools, spoke about in the media, and illustrated in entertainment forms.  We understood that American capitalism was the superior social-economic system, hands done.  Even to dare whisper that you thought ill of the American way of life was tantamount to blasphemy. It took two world wars and Roosevelt and his “New Deal”  and a crushing economic depression to get Americans to openly accept government handouts and massive government intervention into our everyday lives.  But today is in stark contrast to those days.

Chicagotribune.com reported in May, “The University of Chicago’s GenForward Survey of Americans age 18 to 34 finds that 62 percent think ‘we need a strong government to handle today’s complex economic problems,’ with just 35 percent saying “the free market can handle these problems without government being involved… Contrast the millennials’ opinions with those of their parents. A survey last year found that only 26 percent of baby boomers would prefer to live in a socialist country. Among young people, the figure was 44 percent.”  This year, after witnessing the success and unprecedented acceptance of Barack Obama and Bernie Sanders, two dozen of political candidates have discarded the sole democrat label and are running openly as socialist, as reported by Foxnews.com.  Even what may be more stunning in that report is that many of these out-of-the-closet socialist are running in the red state of Texas. WTF!!

The recent wakeup call came earlier this year when Democratic Socialists of America (DSA) member Alexandria Ocasio Cortez defeated incumbent democrat Congressman Joseph Crowley in New York.  But we can look at current shots across the bow of the nation’s political landscape in current elections to get an idea of what troublesome times we are in.  In Texas Republican fixture Congressional Senator Ted Cruz is leading only by a 6 point avg. according to realclearpolitics.com.  Deep in Dixieland, Georgia’s and Florida’s Governorship are both in surprisingly tight battles with Republican Ga. Secretary of State Brian Kemp is only up 1 point avg. verses Democrat Stacey Abrams and Republican Ron DeSantis is just up 2 points avg. verses Democrat Tallahassee Mayor Andrew Gillum. Both democrat challengers have openly espoused extreme socialist progressive positions; Gillum, as reported in the Freebeacon.com, “The Democrat has a history of working with several organizations promoting the Boycott, Divestment, and Sanctions movement, or BDS, an anti-Semitic movement that seeks to wage economic and political warfare on the Jewish state.” And as for Abrams, the dailycaller.com reported that she said, “I want to create a lot of different jobs because people shouldn’t have to go into agriculture or hospitality to make a living in Georgia. Why not create renewable energy jobs because — I’m going to tell ya’ll a secret — climate change is real… that the Democratic “blue wave” would be made up of documented and undocumented people.”  And this is in the good ‘ol boy, Bible-belt, traditionally Republican conservative south ya’ll.  The interesting thing is that I bet that most of the traditional democrat voters have not heard these such reports and the others place a higher value on how much they are promised to gain from the government should these democrats get in office and being part of history by electing the respective State’s first black-American to the State’s highest office.

Ronald Reagan’s words echo hauntingly, “It’s time we asked ourselves if we still know the freedoms intended for us by the Founding Fathers. James Madison said, “We base all our experiments on the capacity of mankind for self-government.” This idea that government was beholden to the people, that it had no other source of power, is still the newest, most unique idea in all the long history of man’s relation to man. This is the issue of this election: Whether we believe in our capacity for self-government or whether we abandon the American Revolution and confess that a little intellectual elite in a far-distant capital can plan our lives for us better than we can plan them ourselves.”  Americans are pressed today to chose between self-government and being ruled by government, whether we choose to plunder from the government coffers today, without any consideration of how the debt will be paid by our nation’s posterity tomorrow, or whether we will choose to be governed from within or be governed from without  Choose wisely.

Once again you have brought to the forefront of this political season the real issues. What must it take to show younger Americans the dangers of socialism? 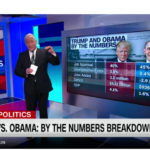 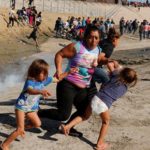