It may be inconceivable for most Americans today to imagine a vast majority of Black-Americans voting for the Republican Party.  But it is most true.  It may be hard for many of us to fathom the fact that it has been the Democrat Party who has been for the dis-enfranchisement and bondage of the Black-American and has always taken a position in direct opposition to the independence and freedom of Blacks in America since it’s inception. As late

as the mid-nineteen-thirties the Democrats were begging blacks to join their Party strictly for political solvency.  Not because they had an epiphany or seen the error in their ways in how they have been mistreating blacks. It was not until the economic strain of the Great Depression and the promise of relief by President Franklin Roosevelt did the black community start to truly vote for the National Democrat Party. Under his term upwards of 40% of Black-Americans received some form of government aid.

History shows that the key to getting blacks in America to turn away from the Republican Party was for the Democrat Party to create an environment of pain and misery in the country and to create a contrasting picture of the Democrats wanting to relieve blacks of their pain and misery by opening up the spicket on government aid and assistance, while the Republicans stood on their principle foundation of small and limited government.  In 1913 approx. 100,000 the black vote carried Woodrow Wilson into the White House by him promising to relieve the pressure of racial inequality and the violent assaults by the Klu Klux Klan.  Black leaders soon realized that their support was a HUGE mistake in judgment.  For not only did Wilson totally renege on helping blacks become more a part of the American community and cracking down on the Klan’s “reign of terror”, he actually doubled down on black suffering by instituting more draconian segregationist policies both in the government and private sectors. He rejuvenated and emboldened the Klan by airing The Birth of a Nation in the White House, promoted the Klan, and grossly vilified and disparaged blacks. Remember that the Democrat Party created the Klan to strike fear into the Black community, as well as White Republicans, to discourage them from voting Republican, particularly in the south. Because of their allegiance to the Republican Party during the “Reconstruction Period,” the black community had to be controlled by fear and demoralized in every way.

With further promises of economic and social relief and favor from the Democrats, the voting dam busted wide open during the Lyndon B. Johnson Administration with “the Great Society”, with its mass redistribution of wealth and welfare, i.e., government financial assistance programs, and the signing of the 1965 Voting Rights Act.  No Republican Presidential candidate has gotten more than 15% of the black vote since.  Trump came close in 2020, with  12% of the black male vote, according to an AP survey.  Yes, that Trump.

R&B star Janet Jackson had this hit song in the ‘80s that asked the question, “What Have You Done For Me Lately?”  Unfortunately far, far too many blacks in America seem unwilling to ask this question regarding what actual benefit have they receive from their allegiance to the Democrat Party?  Over 80% of blacks vote Democrat habitually.  The Democrat Party could not get elected without the apparently automatic Black vote.  Period!  There is no other ethnic group that votes so monolithically for one political Party as the Black-American.

Prior to the Black Community jumping into bed fully naked to service the needs of the Democrat’s political vitality in the 1960s, the Democrat Party openly displayed utter hatred toward blacks by voting for every slave bill, segregation bill, and any policy that would keep the Black-American a second-class citizen and economically disenfranchised.  If one were to take a step back and view the TRUE progress of the Black-American due to it’s union with the Democrat Party in regards to economic independence and socially arising from second-class citizenship, the question must be asked, What have you [the Democrat Party] done for us [the Black-American Community] lately? And has the overt hatred for the Black-American prior to the 1960’s been replaced with rhetoric of lies and doublespeak controlled by those who are allowed to set the rules of how the story is told and discussed?  Remember, not one member of the Democrat Black Caucus applauded during the 2018 State of the Union when President Trump announced the record low black unemployment.

The late great Republican President Ronald Reagan said during his 1988 State of the Union Address, “We waged a war on poverty and poverty won.”  Before the “Great Society”, according to a 2017 article by the late great economist Walter E. Williams:

What changed?  The Black-American Community allowed itself to be convinced during it’s most economically vulnerable state to listen to the Party that once did everything it could to enslave them physically to now enslave them mentally. Too many blacks believed in Democrat’s repeated promise that it could free them from their economic and social misery.  Though an estimated $1.3 TRILLION in AFTER-TAX dollars flows through the Black- American community each year, the mental conditioning of dependence and entitlement, that has been ingrained into many in the Black-American Community by the Democrats over the 60+ years since the Great Society, have too many black behaving like paupers and vagrants and believing that they have no stake in the American community and that they receive no actual benefit for being an American or living in America, outside of receiving government-bestowed handouts and economic privileges.  The Democrat Party has, in essence, prostituted the Black-American people for it’s political benefit and pleasure. And every 2 to 4 years it comes by the corner to make the Blacks more promises of economic freedom and social inclusion if they do this one more trick, i.e., vote, for them.  Remember, $1.3 TRILLION… SMH!  Visualize starving to death with a fridge full of prime steak. 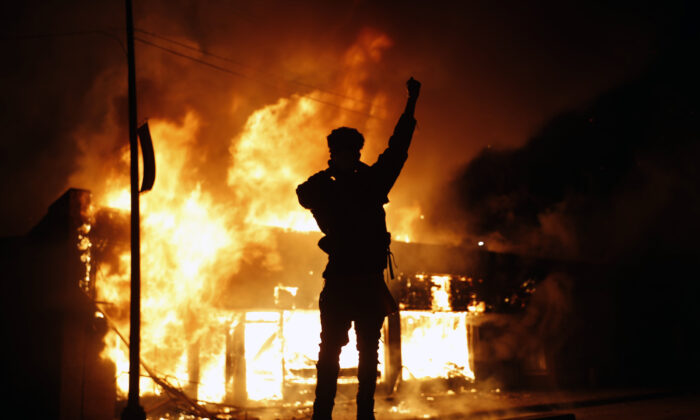 Martin Luther King, Jr. said prophetically, “There is nothing more dangerous than to build a society with a large segment of people in that society who feel that they have no stake in it; who feel that that have nothing to lose. People who have stake in their society, protect that society, but when they don’t have it, they unconsciously want to destroy it.”

As I look over the social landscape of America, what has taken place in the streets of the past several years, with the growth of the Black Grievance Industry headed by people and organizations like Jessie Jackson, Al Sharpton, and most recently, Black Lives Matters, Inc., there is more doubling down of the promotion of the perverted notion of the social impotence and economical destitution of the Black-American. There is a desire to make the American black more a ward of the government by imposing more governmental policies that bring down the Caucasian/White community, rather than raising up the Black Community, with “diversity” initiatives, stacking on more “White guilt” on the backs of the Caucasian in America, and attempting to relegate all Caucasian/White-American history, traditions, and culture, as being systemically racist and an affront and an offense to ALL blacks in America.  And just how does this benefit the black community again, not to mention the country as a whole? 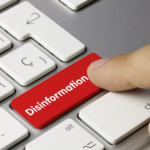 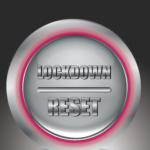