Imagine that you lived in a neighborhood that your house and another was suddenly struck by lightning. The First Responders upon arriving at your house immediately start telling you to abandon your home, rather than try to save as much of your house that you can.  Under the immense stress, panic, and the constant demonstrative urging of the First Responders for you to abandon your cherished heirlooms, possessions, and home, you are just about to jump out of your window.  It was just at that second that you were able to pierce the thick smoke to see that your neighbor’s house that was too struck by lightening was being doused by fire retardant spray.  And as you strained to look around your home you realized that while the room that you were standing in was consumed with smoke and some flames, much of the rest of your home was mostly intact and absent flames.  Now in your confused mind, you are wondering why isn’t your home being doused with the same flame retarding treatment as your neighbor to save your house?  And why are you being pushed to abandon your cherished heirlooms and home, when it is just a portion of it which is being consumed by the fire?  To me, this is the current situation America is in during this COVID-19 “crisis”.

Seemingly a majority of the nation’s political leaders, particularly at the federal level, and the national News Media Complex are intent on convincing the American citizens that the COVID-19 virus is so deadly that we should totally abandon our normal way of life, to become fearful of our neighbors, to shutter ourselves in our homes, walk around like masked zombies, and accept our national economy going down the tubes with millions of Americans unemployed to a period resembling the Great Depression. The Media outwardly is totally clueless or disinterested in the fact that the virus is considered mild by the CDC, kills less than 5% of those infected by it.  And at least one nation, Sweden, has apparently weathered their own COVID-19 storm without shutting down it’s economy nor employing drastic restrictions on it’s people by trusting them to behave responsibly.  Much like one would believe the Founders intended for Americans to be treated by their government. 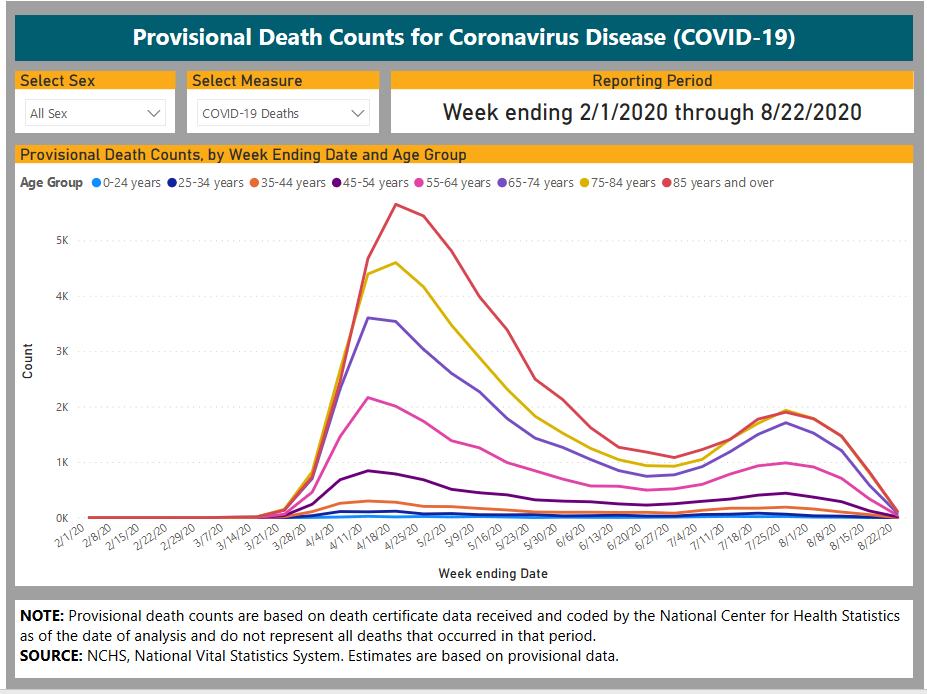 So why are sheltering the young and healthy?

Something in the milk ain’t clean.

From the very beginning of the U.S government’s response and reaction to the COVID-19 virus, it seemed totally unbalanced from how the nation has responded to viruses in the past and out of balance from the sheer numbers of COVID-19 deaths compared to normal deaths experienced in the nation, such as heart disease and even recent pandemics.  And even though statistically the virus attacks the old and elderly of the population and those with compromised health issues by greater than 80%, the government seems to want to impose drastic restrictions on those young and healthy to the age of 9-years-old.  With the majority of the nation’s governments hell-bent on closing or restricting in-class learning from elementary to the college school level, forcing greater than 40% of private small businesses to reduce business operations or permanently close, and making approx. ½ of adults unemployed, the after-effects and consequences of these actions will have negative reactions for a long long time to come.

Here are just a few negative consequences to the government COVID-19 virus response:

All of the most recent threads of mass hysteria propagated by the United States’ Mass Media and the vast majority of the Democrat Party regarding the COVID-19 virus is totally absent the fact that America has the highest number of recoveries [2,922,724], compared to deaths [173,128] in the world. Globally, this minor virus has only been reported to have claimed 773,197 lives.  By the way, approx. 7.8 BILLION people populate the earth. Contrast the U.S government’s reaction to the Swine Flu Pandemic of 10 years ago that infected over 60 MILLION Americans, and few of us even remember it, to today’s COVID infections of 5,566,632.  And it is for the COVID-19 virus that the nation is being turned upside down and inside out socially and economically.  And the politicians are for some reason stuck on cajoling us that if we box up the healthiest people amongst the population that it will lead to success in defeating this virus.  There is a reason that in no other time in America’s history have we attempted this strategy.  It does not work.  According to a recent realclearpolitics.com article, “Centers for Disease Control and Prevention pandemic planning documents state non-pharmaceutical interventions such as social distancing are ineffective once a disease infects 1% of a region’s population.”  Wonder why you have not heard of Dr. Scott Atlas, Trump’s new advisor on the COVID team, as he is the replacement for Fauci?  Based on a CDC report stating that only 291 individuals ages 24 and under have been said to have died due to COVID-19 since February 1, 2020, there begs to question, what the @$%! is really going on with the fear-mongering and panic pandering surrounding the full reopening of schools and colleges and youth sports?  Like my grandmother used to say, There is something in the milk that ain’t clean. 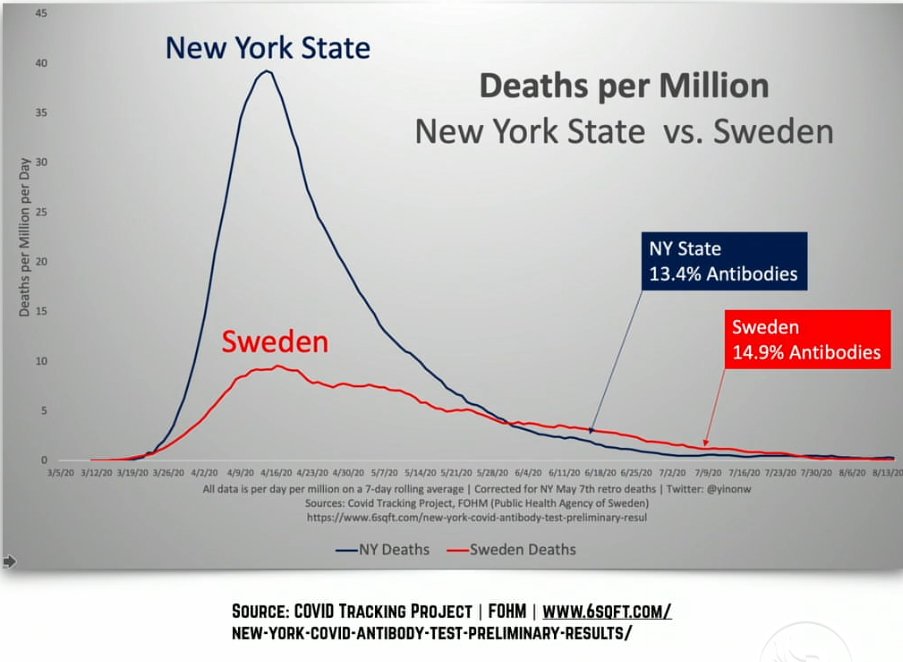 The Swedish Turd In The Swimming Pool Of The Panic Pushers.

The Swedish Turd In The Swimming Pool.

Our nation is said to be on fire and that extreme emergency measures needed to be applied and that we all need to do our part in order to save our nation from the horrible and terrible virus.  But, Sweden’s COVID-19 response is the proverbial turd in the swimming pool of those desperately wanting to push us over the cliff in blind panic.  We aren’t told of the Swedes’ apparent success with natural herd immunity. This is what we have done in the past.  And the nation’s News Media Complex is doing all that it can to keep that news from the American people and to convince us that going over the edge of the economic cliff is the only solution, along with the surrendering of our personal liberties and freedoms. All of the “solutions” to the virus that is being promoted by the Media, and the unseen hand that backs them, is without a doubt going to have extremely harsh ramifications for our culture, our society, and our economy.  Everything that the Media Complex is proposing has proven to not work against viruses, such as mask-wearing and lockdowns.  Yet, they’re frantically attempting to coerce us to believe that they do. WHY!?  Answer, government power, mass collection of our DNA that they would not otherwise obtain, and government-mandated VACCINATIONS.!  Abe Lincoln prophetically said of our nation’s destruction, “If destruction be our lot we must ourselves be its author and finisher. As a nation of freemen we must live through all time or die by suicide.”  And here we are.

The COVID Scare Propaganda Has Fear Trumping Freedom: Where Can America Go From... 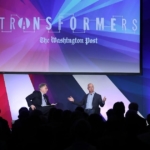 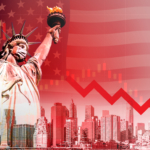 The U.S COVID-19 Response, Worse Than the Disease
Scroll to top wpDiscuz