Being a 1960’s baby and growing up through the ’70s and ‘80s it is truly stunning how different America is today than the one I imagined we would have.  I can remember watching the cartoon show the Jetsons and believing that that would be the future country and future world that we would evolve into.  The parents were totally in love and devoted to each other, raising children with the latest high-tech comforts, affording the son to be a tech geek that could seemingly build anything in his bedroom.  Waking up to Saturday morning cartoons was something that I looked forward to.  Watching the Justice League cartoons, with Batman & Wonder Woman, and Superman, Bugs Bunny/Hanna Barbera & Roadrunner cartoons, and School House Rock educational-commercials were some of my favorites. And they all had a high degree of morality, and stories of justice defeating lawlessness and the good guys always got the girl.  Saturday mornings T.V watching was an highly anticipated event that was entertaining as well as informative and educational.  I believe that it conditioned us to believe in a high degree of morality and that good always triumphs. Christian values were definitely more envogue back then. I can remember forgetting my bike at school and going back the next day and finding it there – without a lock.  My parents rarely locked their doors during the day. Myself and other kids seemingly walked to and from school for miles, rode our bikes and played all over the neighborhood, and drank water from the nearest water hose when we were thirsty without a care; and we made sure to be back home before dark.  Neighbors knew each other.  Your personal business was meant to be yours. And the supplies that my parents bought for me for school was for me and not the collective in class.  We knew of the founding of the country. We did plays on the original colonies. Everyone mostly listened to the same radio station.  Everyone recited the Pledge of Allegiance at the start of each school day.  And seemingly everyone went to church in their best clothes. And it was not an issue. That is the America that I grew up in and remember.  Oh, how things have changed.  And not for a better America.

I know that am running a severe risk of sounding too nostalgic. I am not saying that things were perfect by any means.  There is no such thing as “perfect” in life.  There is always going to be strife, challenges, and blessings.  But I grew up with a sense that America was the greatest place to be and that Americans came together, no matter what, over sports, the flag/ the defense of country, and above all the respect for and reverence of God.  In today’s America, there is nothing so sure. I can only best describe the contrast between the America of then and now is STUNNING!

In today’s America, Americanism is on the defensive and under relentless assault by Americans.  I can’t help but hear the prophetic words of Abe Lincoln in my head of America’s possible destruction saying, “If it ever reach us it must spring up amongst us; it cannot come from abroad. If destruction be our lot we must ourselves be its author and finisher. As a nation of freemen we must live through all time or die by suicide.”  In a 2015 time.com article, Regular Christians Are No Longer Welcome in American Culture,  regarding the declining respect for Christians and Christianity, “This new vigorous secularism has catapulted mockery of Christianity and other forms of religious traditionalism into the mainstream and set a new low for what counts as civil criticism of people’s most-cherished beliefs. In some precincts, the “faith of our fathers” is controversial as never before.”  A 2015 Pew Research Study revealed that, “A growing share of Americans are religiously unaffiliated, including some who self-identify as atheists or agnostics as well as many who describe their religion as “nothing in particular.” Altogether, the religiously unaffiliated (also called the “nones”) now account for 23% of the adult population, up from 16% in 2007.”  In a 2019 Pew Study, it found, “of American adults describe themselves as Christians when asked about their religion, down 12 percentage points over the past decade. Meanwhile, the religiously unaffiliated share of the population, consisting of people who describe their religious identity as atheist, agnostic or “nothing in particular,” now stands at 26%, up from 17% in 2009.”  This is most problematic due to the fact this negative trend is greatest amongst the youth of America. And the fact that this great nation can easily point to it’s nexus or relationship to the Judaeo-Christian Bible and the values that it espouses that are the fundamental reason for the exceptional greatness of the country.  If future generations no longer carry this knowledge and belief forward this connection will be severed and the nation’s prosperity will be lost.  I do not believe that one can believe that Man has the God-given right to his life, his property, and his right to attain prosperity without first believing in the existence of the Creator.  On top of that, the fact that our Constitution and system of government used the Bible as a template, one cannot not believe in the Creator and also believe in and appreciate our form of government and it’s laws nor understand his relationship to and in it.

The tenets of the Bible unabashedly promotes self-responsibility, respect for one’s mother and father, self-governance, self-reliance, and respect for another’s property. It goes out of it’s way to minimize and limits the government’s or man’s authority over our lives.  This is why the future generation’s decreasing knowledge and acknowledgment of the Creator leaves them looking more for man/government to better their lives.  We can see what that produces when we look at what is occurring with the hoard of young people in the streets destroying other people’s properties and asking the government for solutions regarding their troubled personal lives due to years of government unkept promises of utopia.

As far as I am concerned, it was under the Obama presidency that Americans denouncing and being openly hostile to the U.S flag and Americanism became envogue.  It was during Obama when I first heard of government schools silencing students for chanting U.S.A, U.S.A, and the displaying of the flag – saying that it was racist, xenophobic, or some other anti-politically correct labeling.  It even reached an obscene height of absurdity when in 2010 the 9th Circuit upheld a lower court’s ruling outlawing the simple wearing of the U.S flag by students at a California high school because it may have caused Mexican students to react violently.  Even firefighters weren’t spared from being publicly flogged for displaying patriotism on their private vehicles, according to a September 2014 americanthinker.com article.  Most recently, a July 2019 Gallop poll revealed that patriotism had hit all-time lows.  It stunningly reported, “While 70% of U.S. adults overall say they are proud to be Americans, this includes fewer than half (45%) who are “extremely” proud, marking the second consecutive year that this reading is below the majority level.”

Being able to drown ourselves in our favorite sport for anti anti-hate America and anti anti-American flag sanctuary is no longer allowed. Former NFL quarterback Colin Kaepernick in 2016 started the trend of sports athletes kneeling during the National Anthem when he refused to stand during the start of games. And today, it has evolved into “social justice” and “grievance” protest under the banner of the anti-America, anti-Christian, and Marxist group Black Lives Matter, Inc.

What is most intellectually frustrating is that no one who is promoting this anti-Americanism position can honestly present to us an alternative political/ideological system that is superior and that would provide us a better and more prosperous life.  And yet we have militant armies of young useful idiots tearing down historical statues, denouncing our nation’s traditions and heritage, setting fire to innocent commercial businesses that employ Americans, and giving the middle finger to the very American way of life that has made it possible for them to have the material abundance for them to have the gross excess amount of time on their hands to think of just how bad they have it here in America.  They fail to realize that it is the American freedoms that they proclaim to hate so much that gives them the ability to display open hostility in the streets against the government and not have it turn into a Tiananmen Square episode.

It is the extreme lack of historical reference, knowledge, and reverence of our nation’s remarkable history amongst our general population, but particularly amongst our youth, that is the fuel that feeds the insurrection. And it can only be a reapplication of our nation’s history and a reattachment to our great history and our nation’s founding principles, values, and tenets by each of us and our youth that will save us from self-destruction.  It may not be a bad idea to bring back Saturday morning cartoons full of heroes and memorable characters for young youths to enjoy being a kid and learning high quality moral lessons and entertainment. 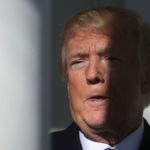 What You Will Not Hear The Major U.S News Media Complex Say About COVID-19
Scroll to top