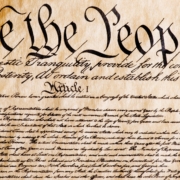 To me, we as a nation have long crossed the preverbal Rubicon to answer the question of whether Americans want to be truly free.  The answer is, for the most part, a definitive no.  The American Experiment has born out what I’m sure many of the Founders intuitively knew, but were praying that they were wrong.

END_OF_DOCUMENT_TOKEN_TO_BE_REPLACED

Ok I’m back from the bridge.  There were a lot of people seemingly prepared to jump after Mr. Obama’s re-election for four more years sitting in the seat of the Presidency of the United States.  I, after having time to reflect and take several deep breathes the question that I have is, who didn’t see this coming?  As I reported in my article in February of this year, Obamanation Is Setting The Stage For Another Orchestrated Election, we have seen this played out before in Obama’s charmed political life.  He gets to run against no one from his party, so that he is unchallenged, and no real light or scrutiny is cast on him until he gets to the general election to face the opposition Party’s candidate.  And that Party’s candidate is either severely over matched by Obama, due to some anomaly, and or he runs a basically token opposition race.  Figuratively speaking,the supposed opponent goes to fight with an gun that is not loaded against a guy who’s willing to fire everything in his arsenal to win. In this election the Republican candidate’s gun still has the safety switch on.  Mr. O seemingly is operating from a different page of rules of engagement.

Mitt Romney was a flawed candidate when he quit, still without explanation, in the ’08 Presidential Race and he was more of a flawed candidate in this race.  First of all, of the Republican choices in the Primary he had the most loses in seeking political office.  He was only elected for one term as Governor of Massachusetts.  He won the Primary not due to his strong and provocative ideas for the nation’s future, vision for the nation, or dominating debating skills.  He won it because his pockets were deeper than the other guys.  Period!  And very much unlike Obama, rather than run to embrace the base of the Republican party – the conservatives to his right – he ran from it while giving it his middle finger.  The base never trusted nor warmed to Romney.  But most importantly Romney never took the gloves off, just as McCain chose not to do in the ’08 Elections, to hit Obama on his most glaring vulnerability – his character and a sever lack of an ethical compass.  Obama is a walking illustration of how to run the Office without morality, ethics, or the Constitution for that matter, as an obstacle to his objectives.   Romney never presented a clear distinction between him and Obama on the one thing that American people won’t excuse, even from the mightiest of sports icons, immorality and a blatant lack of honesty and character.  He was seen as Obama-lite.  It was more of a case of choosing between the devil known verses the devil unknown.  The citizens of the United States chose the devil known.

But this is symptomatic.  The fundamental issue of what is wrong with the Republican Party today as a whole that is growing like a cancer, at the federal level particularly.  When any individual from within the Republican ranks voices a strong conservative ideology, such as an Newt Gingrich, Michele Bachmann, Col. Allen West, or anyone who dares to present the opposition party, the Democrats, as what it truly is, a party with a  liberal-socialist ideology, they get taken to the preverbal woodshed and or be cannibalized upon.  Ever since Reagan, the Republican National Party has sought to have only the most non-Reaganist, non-conservative, that it could get away with representing it.  George H. Bush won only once because on his second run he chose to run to the left.  G.W. ran as a “Compassionate Conservative”, plus the conflict in Iraq and Afghanistan kept him in for a second term.  But since the Bushes, the National Republican Party has wanted to be more like the Democrats-to the left.

Contrast the Republicans to the Democrats who have chosen the most leftist man to be the face of its party, Barack Obama.  And it does so with no public reservations or shame.  The Democrats may have differences within, but they marshal behind what is its main objective, its main ideology, and that is to make Americans dependent on government, to be ever beholding to their Party, and to create a socialist society so it – Democratic Party – will be forever in power.  When was the last time you ever saw the Democrats demonstratively publically attack its own?  But, the Republicans do it seemingly at a drop of the hat, such as when Mr. Romney spoke about “the 47% Percenters” during the election or when Rush Limbaugh spoke of Mr. Obama being Santa Claus, one who seeks to give everyone gifts/benefits from the government.  The remarks weren’t debated or rebutted upon the basis of whether they were right or wrong, but that they were “insensitive”, not politically correct.  And it was not the Democrats coming at the Republican or Conservative with pitchforks and rope who made the comment, but other Republicans; Or so-called Republicans.  The Democratic/Progressives cannot defeat Republican/Americanism -a belief in basic Conservative American principles toe to toe in the arena of ideas.  That’s why they have to lie, deceive, and manipulate.

What brought me off the bridge, and what may bring many of you off the cliff, is to view the battle less of a political battle, Republican verses Democrat, Liberal or Conservative, but a battle of ideology – a battle between the Progressive, socialistic, or what Goldwater called governmental-paternalism, when the government provides the people with the basics and govern their lives.  That ideology verses the Americanistic, or Conservative, ideology of self-reliance, personal responsibility, and the belief in God.  The former denotes a position of weakness, dependency, and an economically impoverish consciousness.  While the latter denotes a position of strength, independency, and an economically resilient consciousness.

As I reported in my September article, This Year’s Election Will Be between Those Who Cherish Personal Freedom and Morality, and Those Who Do Not, “The ultimate choice is that of the U.S citizens and the American people whether we believe that rights and freedoms is the venue of the government or of the people.  Whether we are to be destined to live within the plantation of the collective mind or free to prosper or fail limited only by one’s own dreams and choices as free-minded individuals.  Or whether we reinvigorate our uniquely American belief that our rights come from God and not from man and that it is we the people who give life to the government and not the government that gives life to the people.” It really doesn’t matter what actors are put before us to represent the supposed Parties, it comes down to who speaks to the ideology that rings truest to the voter’s hearts – whether it is freedom or paternalism.  At the end of the day it is up to us to decide.