Mr. Obama started in his inaugural speech by praising the strength of our nation’s Constitution. But, then he goes off on a tangent referring to things that have nothing to do with either our nation’s founding principles or founding documents; in particular the Declaration of Independence.

First, let’s give Mr. O credit for finally admitting that we Americans are exceptional.  But, we were NEVER promised a democracy.  If so then the word democracy would be found somewhere in the Constitution or the Declaration of Independence.  It is not!  But Article 3, Section 4 does guarantee us a “republican form of government.”   When he speaks of the patriots not fighting to replace tyranny of kings with the privileges of a few or mob rule, he sounds confused.  Because during the times of kings they were the government, and by definition mob rule is a democracy.  Of which he has shown by his actions that he wants nothing more than to greatly expand both infinitely.

When he says that, “we the people understand that our country cannot succeed when a shrinking few do very well and a growing many barely make it.”  Was he referring to Communist China, the Soviet Union, North Korea, or some other such nation that he holds in suppressed honor and regard?  Because my recollection is that this nation has been the economic marvel that all others have driven to attempt to imitate and still today many of other nation’s citizens cross blistering deserts and shark-infested waters to be included in – illegally and legally.  And it has been the free-spirited individual’s ability to dream and work hard to achieve beyond his wildest dreams to become successful and wealthy.  History does tell us that it is when government expands and eats up more money in the economy, the soup lines expands amongst the people.  It is only most recently, in the past four years, that there are more Americans on welfare, on food stamps, and chronically unemployed and sitting idle, thus not being able to make it.  But, lets not let that get in the way of his story. An argument can be made that we are in the mist of a ’29 depression without the Media plastering pictures and news of it.

The main thing that I found fundamentally glaringly flawed from Mr. O’s speech is that though the Declaration does state that we are all CREATED equal, it doesn’t mean that we are all created to remain so.  And if that is the case, it is not the job of the government to then attempt to make us so.   As Supreme Court Justice Clarence Thomas have said that, “…America was founded on a philosophy of individual rights, not group rights.” and that, “Government cannot make us equal; it can only recognize, respect, and protect us as equal before the law.”

All throughout the speech it was all about what government should do.  Nothing was stated about the true meaning of the Declaration of Independence, individualism.  Much unlike JFK’s inaugural speech when he said, “Ask not what your country can do for you, but ask what you can do for your country”, or Ron Reagan’s when he said, “Government is not the solution to our problem; government is the problem…. We’ve been tempted to believe that society has become too complex to be managed by self-rule, that government by an elite group is superior to government for, by, and of the people. Well, if no one among us is capable of government himself, then who among us has the capacity to govern someone else? All of us together, in and out of government, must bear the burden. The solutions we seek must be equitable, with no one group singled out to pay a higher price.”  Or even Jefferson’s speech at our nation’s infancy said, “Let us then, fellow citizens, unite with one heart and one mind, let us restore to social intercourse that harmony and affection without which liberty, and even life itself, are but dreary things,” … “Every difference of opinion is not a difference of principle. … We are all Republicans. We are all Federalists.”

Our nation, even with its issues, corrections, and readjustments, as every other nation has had to some degree, has two things that separates us from all others and enables us to be truly exceptional; they are our Declaration of Independence and Constitution.  What those two documents so fervently proclaim is that it is the individual’s freedom to his life, his liberty, and thus the pursuit of his happiness – not necessarily the possession of it – that is paramount; not that of the collective.  For it is bestowed to him by the Creator.  And for that to be accomplished government must be small and most unintrusive.  It is the President who should wholesomely reflect, recite, and resemble these principles, and not attempt to us remake them in his own vision, image, or ideology that are intellectually repugnant to their very principles.  For it is those founding documents that can truly unite us and strengthen us if they are truthfully  implemented, applied, and understood as they were intended.  For it is those documents that make us Americans. 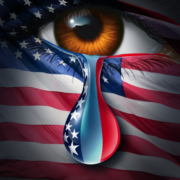 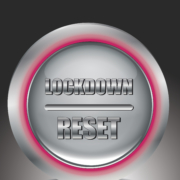 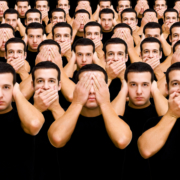 How Can Fiction and Reality Co-Exist Simultaneously In The Minds of So Many Americans Today?

The Benghazi Tragedy Is An Unprecedented Tragedy Of The Lost Of U.S Credibility and Governmental Vigilance of the American People

What Are The Consequences When No One Trust the President’s Words Have The American People Gone Too Far Forsaking Liberty?
Scroll to top